India’s first pilgrim hotel chain welcomes you with the perfect travel experience. Our rameshwaram hotels, shirdi hotels are designed in a blend of luxury, service and security. And with it comes our sensitive knowledge of your spiritual needs. From pilgrims to religious groups, corporate organizations to tourists, our amenities and services match the sophisticated expectations of the modern traveler. 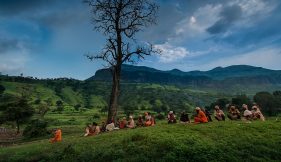 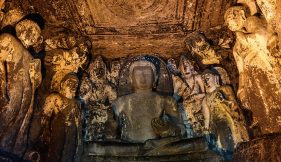 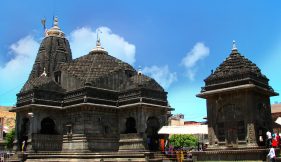 Select from our attractive tours starting from Shirdi 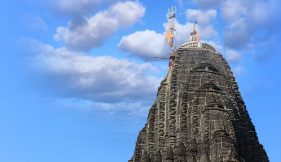 We have many attractive tours starting from Shirdi

Daiwik Hotels welcomes you to Rameswaram. This holy pilgrimage has called the devout to its wave lashed shores for centuries. It is a sacred space touched by the divine presence of Lord Vishnu, Lord Shiva and Lord Rama and its many temples will bring you peace, joy and enlightenment. 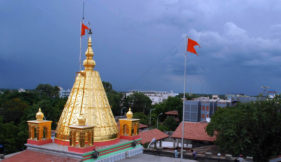 Daiwik Hotel welcomes you to Shirdi, a town blessed by the presence of one of the most revered saints of modern India – Sai Baba. In the nineteenth century this nameless wandering teacher chose to stay at Shirdi and in the next sixty years he became the source of wisdom and spiritual solace to its 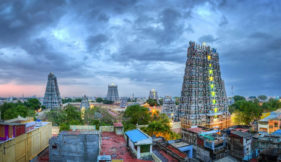 Madurai weaves its myths and legends around a beloved goddess, the Devi Meenakshi Amman. For Madurai she is both the queen of the city and also their beloved mother or Amman, the benign mother goddess who listens patiently to their prayers and answers their worship. 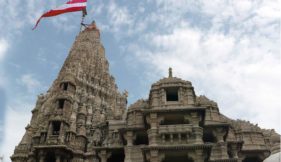 Daiwik Hotels welcomes you to an ancient city by the wave lashed coast of the Arabian Sea – the spiritually sublime Hindu pilgrimage of Dwarka.Dwarka was once a city by the sea built by the warrior-king Lord Krishna. Today he is worshipped as a god and Dwarka is believed to be among Lord Krishna’s m 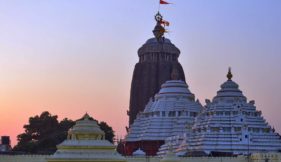 Daiwik Hotel welcomes you to one of the most venerable and sacred of shrines that stand by the shores of the Bay of Bengal, the magnificent Jagannath Temple at the Dhaam of Puri. Daiwik Hotels welcomes you to the ancient and the most sacred of all Hindu pilgrimages in India – Varanasi – a city as old as time. And near the city is one of the holiest pilgrimages of the Buddhists at Sarnath. 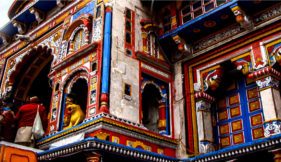 Daiwik Hotel welcomes you to Badrinath, the ancient and sacred Himalayan tirtha that has welcomed pilgrims for centuries. If there could be a land of the gods it would be at Badrinath. This great tirtha and the ancient temple of Badrinarayan stand by a river flowing through a picturesque valley ... 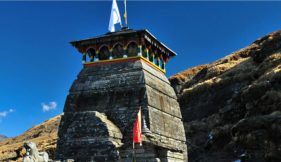 There is the ancient pilgrimage circuit called the Chaar Dhaam Yatra of Lord Vishnu that is mentioned in Sanskrit texts like the Mahabharata. This yatra takes the pilgrim to Badrinath, Dwarka, Puri and Rameswaram and it is called Mahaparikrama as pilgrims go on a long journey covering the Indian ... Bodh Gaya today is the most important pilgrimage for Buddhists. Here as you wander around the Mahabodhi Temple or sit and meditate before the vajrasana, the diamond throne that stands under the Bodhi tree, you are at the place where the story of Buddhism began all those centuries ago. Bodh Gaya ... 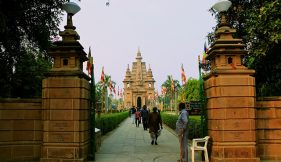 In the sixth century BCE there was a deer park near the city of Benaras called Rishipattana or the garden of the sages because wandering ascetics came here to meditate in peace. Over two hundred years later the deer still roam among the trees of the sacred grove that we know as Sarnath... The Buddha left the mortal world and gained nirvana at the age of eighty. This event is called the maha parinirvana in Buddhist tradition and the place where he left this mortal world is today among the most sacred spaces for Buddhist pilgrims. This is Kushinagar or ancient Kusinara ... 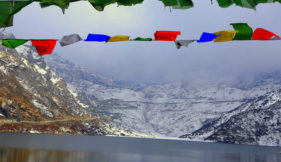 Watch the magic of the Himalayas when the sun rises over the Kanchenjunga range and the snow covered peaks slowly turn a pale pink and then a deeper orange against a bright cerulean sky. Along the hill slopes the multicoloured prayer flags snap in the breeze around small stupas as monks in saffron.. 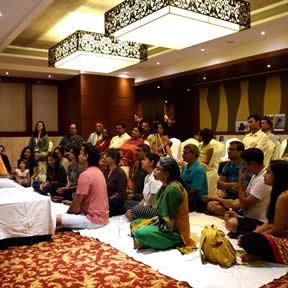 In The Presence Of Your Guru Plan your spiritual retreats and gather to celebrate the birthday of your revered teacher. Read more 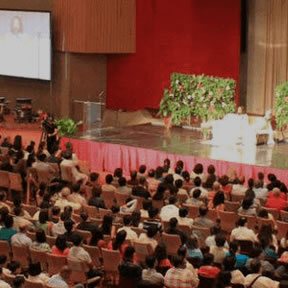 Conferences & Meetings We offer a conference with a difference with experiences ranging from the sea and palm fringed beaches to history and ancient temples. Read more Destination Weddings When you are planning a wedding, leave all the organising to us. From banquets to decorations... we’ll make it a perfect occasion. Read more

Copyright 2020 Daiwik Hotels. All Rights Reserved.
This popup will close in:

During this unprecedented Covid-19 crisis, many lives have been lost and many are still at risk across the globe. Our country is facing a daunting challenge both on the health and on the economic fronts. We at Daiwik Hotels, along with our local partners at Rameswaram are trying to provide food provisions for the poor fishermen and poorest labourer families who have lost their means of earnings. Should you be interested to know more about the initiative and want to do something directly for the needy please write to us at contact@daiwikhotels.com with your phone number and we will get back.
CLOSE