For the adventurous pilgrim willing to trek in the hills around Badrinath there is much to savour. The region is strewn with temples, sacred waterfalls and hill streams. All the temples claim great antiquity with their own mythology and often the tale of a visit by the Pandava brothers. Then there is the village called Mana where it is said that the sage Ved Vyas composed the epic Mahabharata. 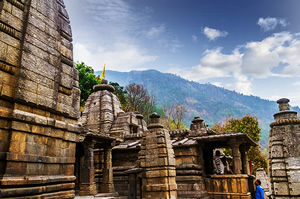 There are seven temples including the Badrinarayan temple in the circuit of seven Badri shrines. These are Adi Badri, Vriddha Badri, Dhyan Badri, Ardha Badri, Bhavishya Badri, Yogadhyan Badri and the main shrine called Badrivishal. The temples are at times located in remote villages and pilgrims wishing to visit all the seven temples will have to trek and even camp out in the open. It is recommended that they travel with a professional guide. 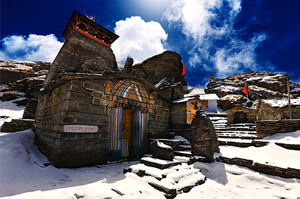 Located 48 km south of Badrinath on the road from Rishikesh, Joshimath is where Adi Shankaracharya meditated and then established one of his monasteries and theological colleges, the Shankaracharya math. Pilgrims visit the cave where he meditated, where there is a crystal shivalingam. There is a Narasimha temple here that is dedicated to the half lion half man avatar of Vishnu. The Vasudev temple is dedicated to Krishna.

There are two villages named Hanuman Chatti in the Garhwal Himalayas, one near Badrinath and the other on the road to Yamunotri. These are named after Hanuman, the hero of the Ramayan and devotee of Lord Rama. There are temples here where Ram and Hanuman are worshipped. The myth tells the story of how Bhim, the Pandava brother met Hanuman at these places.

The Valley of Flowers is a National Park that is called the ‘garden on top of the world’. During the summer months between June and September the picturesque valley is covered in a carpet of wild flowers in a dazzling blend of varieties and colours. All framed against a backdrop of snowy peaks. To save the valley from the damage of too many visitors only a few are allowed after taking permission from the park authorities. 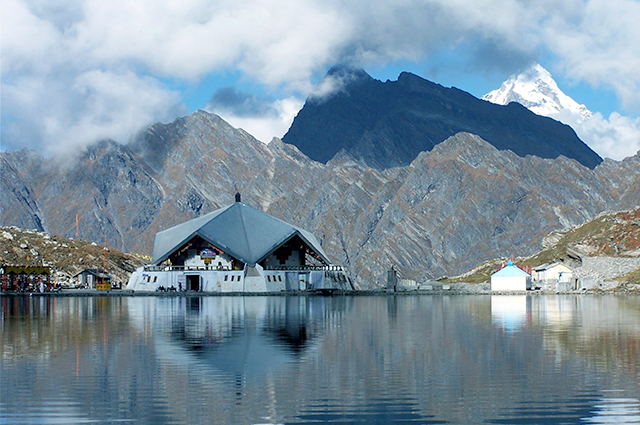 Hemkund is a beautiful lake at a height of 15000 feet surrounded by high mountains, in a remote valley above Badrinath. The sacred scriptures of the Sikhs, the Guru Granth Sahib mentions this lake as a spot where the tenth guru, Gobind Singhji meditated. Now a small gurudwara has been built here.